In contrast, a CR-1 or IR-1 Marriage Visa allows the foreign spouse of a U.S. Citizen or U.S. Resident to enter the United States for the purposes of immigration. While processing times have gotten significantly better for U.S. Citizens, the K1 Fiance Visa is still quicker and simpler for unmarried international couples seeking to get married.

Marriage Visas generally take between 5-7 months from the time the I-130 Petition is filed at a USCIS Service Center to the day a Marriage Visa is issued. First, the Petition is filed with the USCIS. Once approved, the petitioner is contacted by the National Visa Center for further processing requirements and then once approved by the NVC, the Petition is sent to the overseas embassy for final processing, the spouse interview and the eventual issuing of a visa. U.S. Residents must wait an additional period of time--until an Immigration Visa Number becomes available--after the USCIS approval, which can add several more months to the timeline. A Marriage Visa is typically more complex, slower and, a more expensive route compared to the K1 Fiance Visa. 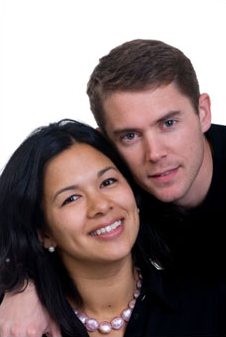 If you are already married, please see our section on CR-1 and IR-1 Marriage Visas. If you and your fiancee are not yet married and you are still uncertain about what type of visa is best for you, fiance visa vs marriage visa, you may want to consider the following:

K1 Fiance Visas – You can begin the petition for a Fiancee Visa immediately, assuming that the couple have met within the past two years and meet other requirements. With the help of legal counsel, the process normally takes about 6-8 months.

CR-1 and IR-1 Marriage Visas – You can begin the petition as soon as you become married. With the help of Legal Counsel, the process normally takes about 10-12 months. For Legal Residents, the process is longer.

Staying Together vs. Separation

CR1 or IR1 Marriage Visa — Whereas, with the CR-1, IR-1 Marriage Visas, once the couple is married, the foreign spouse must remain overseas until the visa is granted. Most times, due to work and other commitments, the U.S. Citizen or Resident returns home while the visa application is being processed for the new spouse.

Instead of getting married overseas (and filing for a CR1, or IR1 Visa), most of our clients opt for the K1 Visa application process. If having a ceremony overseas is very important to the couple, they may still have an “unofficial marriage celebration” with family and friends overseas–before or after–the official/legal marriage in the United States. The U.S. only recognizes “civil” marriage ceremonies and not “engagement/pre-marriage” celebrations when defining marriage. Further, the U.S. only recognizes marriages where the husband and the wife are both present for the wedding.

If you have any concerns or have questions about which Fiancé or Marriage visa is the right visa for you, feel free to contact us and we will be happy to discuss your options.

Visa Services
Client Reviews
★★★★★
I was lucky enough to contract with Mr. Jeffery Pettys as my lawyer. I paid a very reasonable fee for his services and he was always available for my questions. It became obvious that the Marriage Visa application is not a simple process, but Jeff led us through the requirements flawlessly. In addition, my wife not only got her Marriage Visa but also her green card at the same time. I really could not have expected a better experience. I highly recommend Mr. Pettys. Larry N.
★★★★★
Bringing one’s loved one to the United States can be a complicated and stressful process. My wife and I used Mr. Pettys’ services in preparing her K-1 Fiance Visa. With Mr. Pettys’ help we were able to complete this promptly and without worry. At every step of the way Mr. Pettys provided us with not only expert work but peace of mind that only a professional with detailed knowledge of this complicated system can provide. If you are about to go through the process of applying for a Fiance Visa, I highly recommend his services. Cord S.
★★★★★
Jeff Pettys was such a pleasure to work with, he helped us understand the process and walked us through any thing we needed. With such an important life event, as getting married, it was important for us to choose a loyal lawyer. Jeff's knowledge and experience left us with the relief we needed, knowing that we were in good hands with him. Thank you Jeff for all of your hard work and we look forward in working with you on our green card transition. Thanks Jeff! Daniella M.
★★★★★
I found Attorney Jeff Petty’s webpage, and decided to contact him. After communicating on the phone and via the internet, I decided to hire him. It turned out to be the best move I made. Jeff started the fiance visa process the very same day. He helped get the K Visas and the Green Cards for my fiancée and her daughter. My experience with Jeff has been very rewarding. All my phone calls to him were returned promptly. He takes time to get to know his clients. I truly feel he loves his job, and is excited to see good people fulfill their dreams. Andrew D.
★★★★★
I cannot say enough about how Jeff kept this case moving forward, gave his expert advise and heartfelt counsel, all while making us feel like we had not only an attornney, but a FRIEND helping on our case. Take it from me—this is THE lawyer to hire if you need help with Immigration issues—he is the BEST. I can never thank him enough!! Kim S.
View More
Submit a Law Firm Client Review